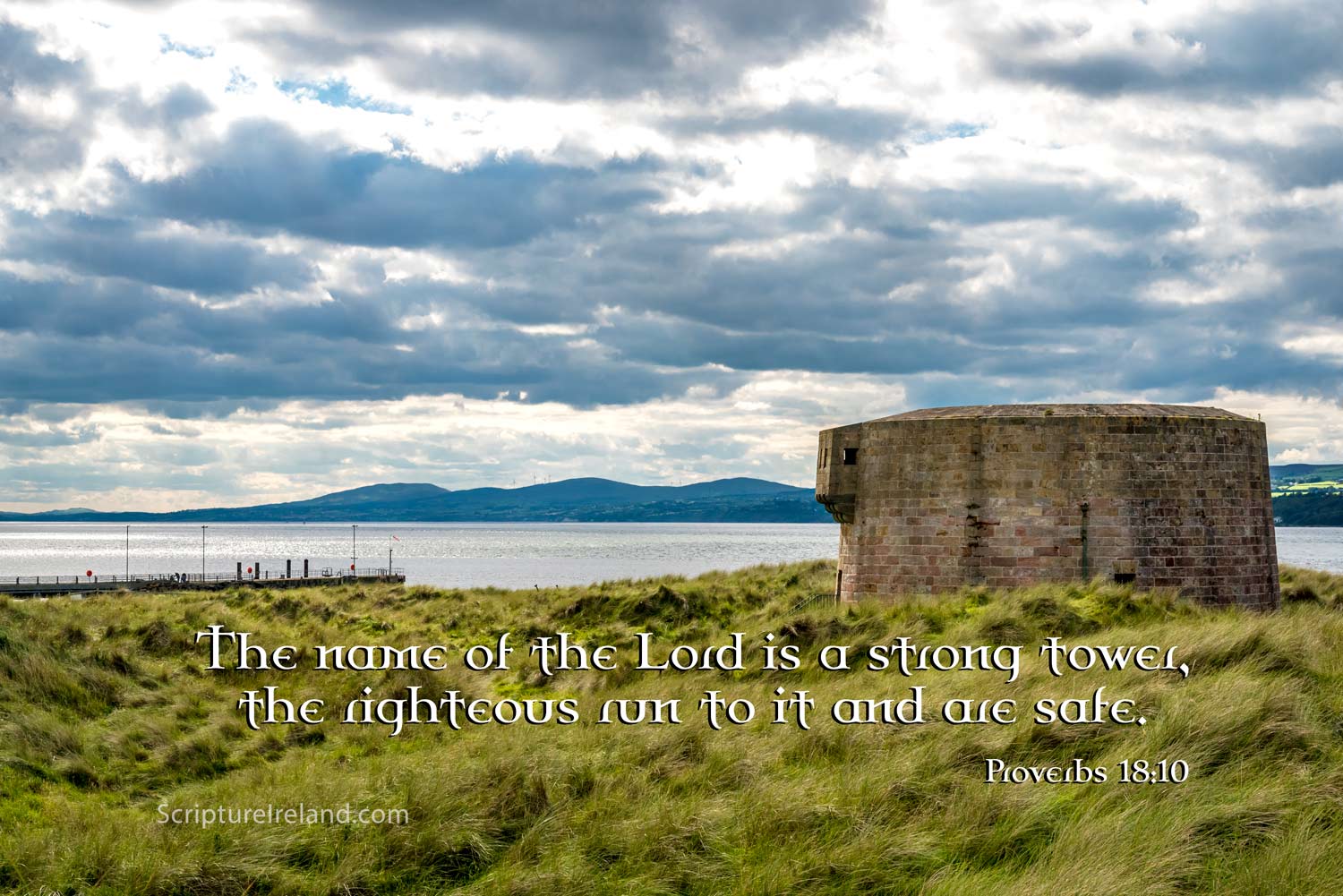 The Martello Tower at Magilligan Point, is an important historical site in County Londonderry. Built in 1812, the tower was strategically positioned at the entrance to Lough Foyle, so that a 24 pounder cannon, mounted on the top, could be fired against any invading fleet. The round structure had massively thick walls and a flat top so that a gun could be pointed in any direction.
The tower was built to withstand a seige, being built on top of a spring, so that any troops trapped inside would at least have a supply of fresh water. There were living quarters below the gun platform and the ground floor was used to store powder and ammunition.
The tower is located in a picturesque setting looking out over the Atlantic Ocean, close to the lovely beach of Benone Strand. From here, there is a splendid view of Greencastle and the Donegal Hills on the other side of Lough Foyle.
Martello Towers are named after a fort at Mortello Point in Corsica, which successfully withstood bombardment from the British Royal Navy in 1794 during the Napoleanic wars. The British were so impressed with the strength of the tower that they copied the design and built their own, placing them in strategic locations around the coast of England and Ireland. This one at Magilligan is one of the most northerly in Ireland. There is a similar tower in Greencastle, on the other side of Lough Foyle. 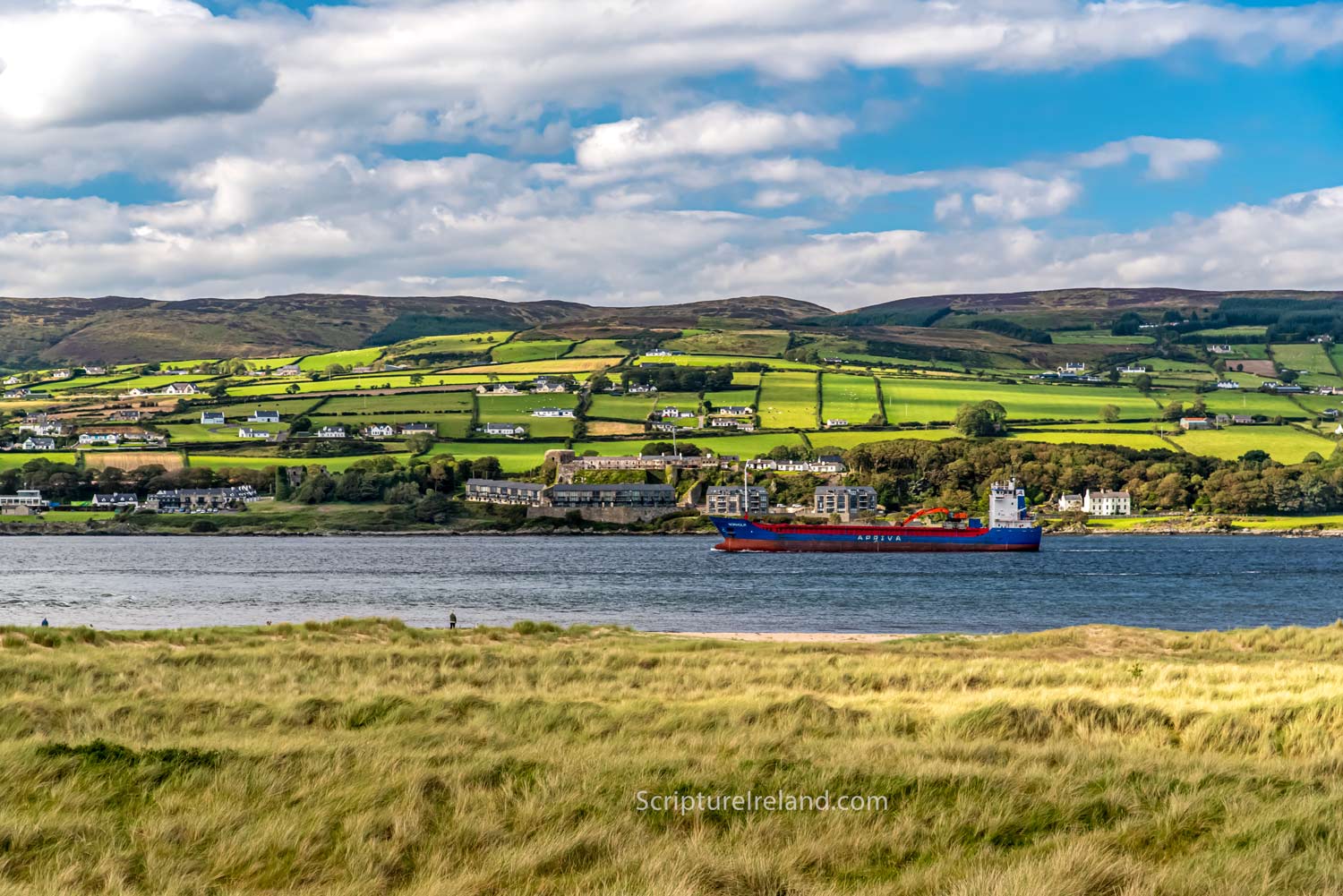 Just across the sand dunes, Benone Strand, a popular beach in Northern Ireland

There were no further attempts to invade Ireland after 1798 and the garrison stationed here didn't ever need to fire a shot.