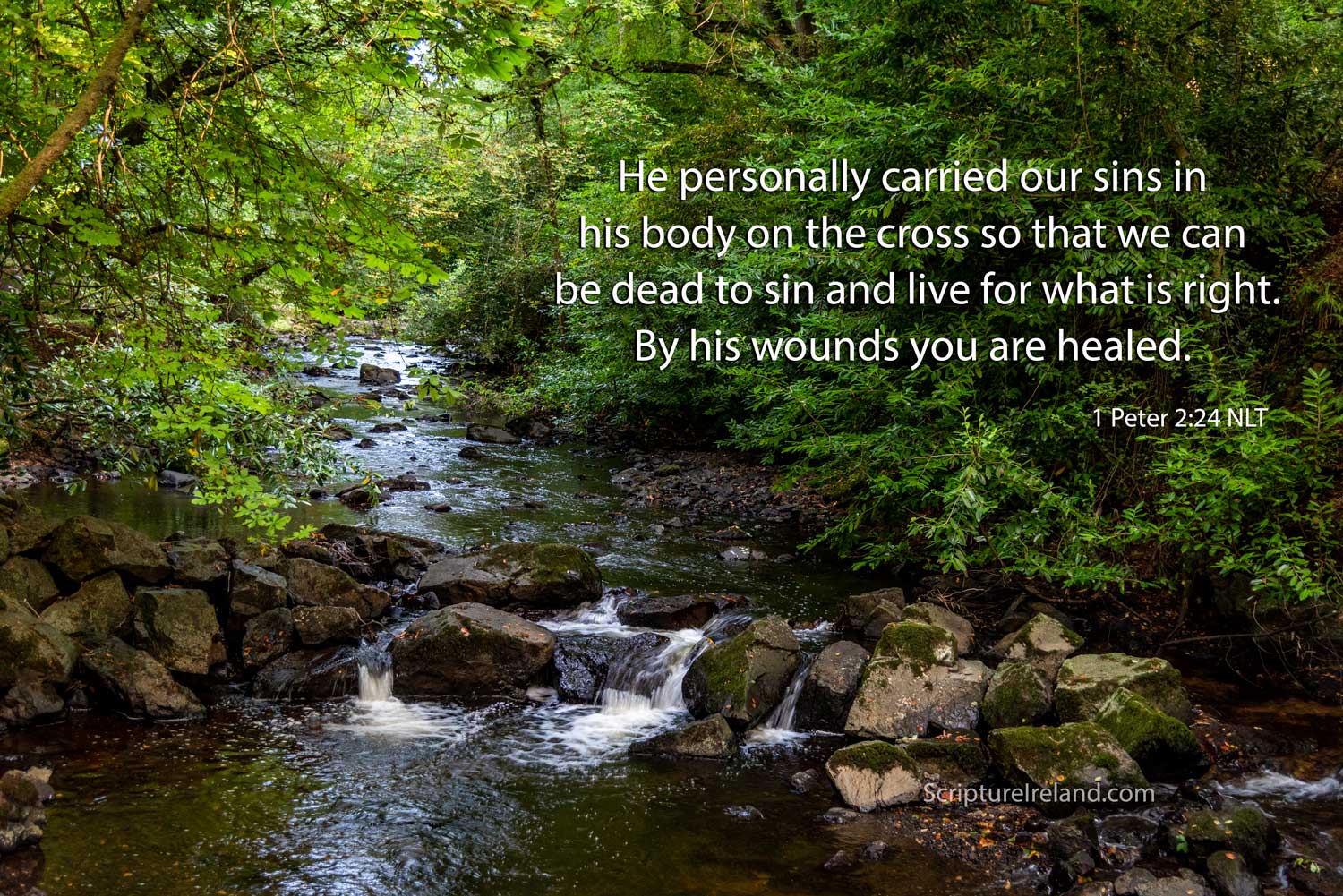 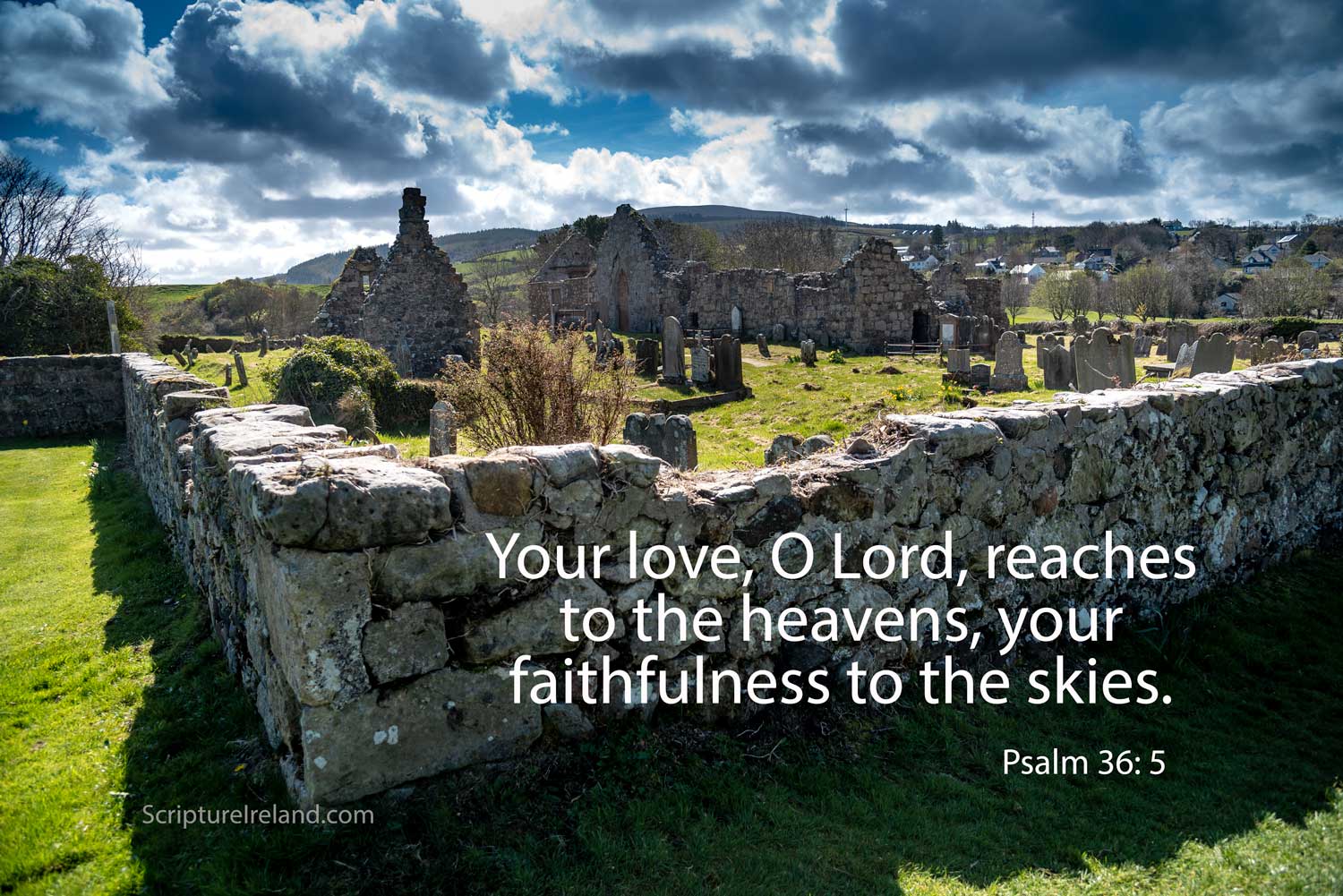 The Quiet Man film (1952), directed by John Ford and starring John Wayne and Maureen O’Hara, was selected for preservation in the United States National Film Registry by the Library of Congress as being “culturally, historically, or aesthetically significant”.

The film won the Academy Award for Best Director and for Best Cinematography. Part of the film’s appeal was the lush Irish countryside captured by cameraman, Winton Hoch. Nearly seventy years later, the film still has popular appeal and the Connemara cottage pictured above, remains a popular tourist attraction.

Ruin of Clonmacnoise Monastery, founded in 544AD by St Ciaran

Bective Abbey – a Cistercian abbey on the River Boyne at Bective, County Meath, founded in 1147. The remaining (well-preserved) structure and ruins primarily date to the 15th century.

Trust you had a great St Patrick’s Day. From 14th – 18th, we’re celebrating St Patrick with music, the basic historical facts, and a new quote each day.

Please refer to the St Patrick’s Day post for a selection of relevant images.

A short video showing a flavour of Belfast City centre yesterday and the St Patrick’s Day celebrations after an absence of two years due to Covid.
All You Need To Know About St Patrick! The basic facts with pics and text, set to the music of Danny Boy
Friday 18th March
Let who will scoff and revile – I will not remain silent; neither will I conceal the signs and wonders which have been shown to me by the Lord, who knew all things even before the time of this world, many years before, just as they happened. Saint Patrick

Photographed by John Callister at Hill of Tara (left) and Armagh Cathedral (right).
Video: All You Need To Know About St Patrick! The basic facts with pics and text, set to the music of Danny Boy
St Patrick’s Day, 17th March 2022

It was there that the Lord opened up my awareness of my lack of faith. Even though it came about late, I recognised my failings. So I turned with all my heart to the Lord my God, and he looked down on my lowliness and had mercy on my youthful ignorance. He protected me and consoled me as a father does for his son. That is why I cannot be silent about such great blessings and such a gift that the Lord so kindly bestowed in the land of my captivity. St Patrick

Slemish Mountain, County Antrim, where Patrick is said to have spent six years as a slave, tending sheep

Saul Church, County Down, built on the site where Patrick established the first Christian Church in Ireland

Down Cathedral, Downpatrick, where Patrick’s tombstone can be visited by the public

Patrick’s tombstone at Down Cathedral

All You Need To Know About St Patrick! The basic facts with pics and text, set to the music of Danny Boy
Wednesday 16th March
I have had the good fortune through my God that I should never abandon his people whom I have acquired in the extremities of the earth. Saint Patrick

All You Need To Know About St Patrick! The basic facts with pics and text, set to the music of Danny Boy
Tuesday 15th March
I plainly told them, ‘Be ye sincerely converted, and with your whole heart, to the Lord our God, for nothing is impossible to Him, that He may today send you food on your road, even until you are satisfied, because He has everywhere abundance.’ And, with God’s help, it was so done: Behold! A herd of swine appeared in the road before our eyes. Saint Patrick

All You Need To Know About St Patrick! The basic facts with pics and text, set to the music of Danny Boy

I am Patrick, a sinner, most unlearned, the least of all the faithful, and utterly despised by many. My father was Calpornius, a deacon, son of Potitus, a priest, of the village Bannavem Taburniae (probably in Britain); he had a country seat nearby, and there I was taken captive. Saint Patrick

Andrew Jackson's Cottage: Homestead in County Antrim where the 7th President of the United States (1829 to 1837) was brought up.

Trees of the field: Leviticus 26:4

Today’s story comes courtesy of one of our US partners, StoryPartner.

Throughout her childhood, Brandy experienced one traumatic loss after another. Time and time again, the only parent figure she knew was taken from her. With each loss, the question in her heart grew; “Am I worthy of being loved?”

Today, 22nd February 2022, sees the launch of our new ‘story’ section on ScriptureIreland.com. Our first story is courtesy of our US partners, StoryDrive the 3:15 Project. It’s significant that it features Julie Ann Allen since today marks the 20th anniversary of the sad day when she lost her husband in a work-related accident. As a result, Julie was left to raise a seven-year daughter and a five month old son.

So, looking back, how did she cope? Our prayers, along with Julie’s, are that this story will be an inspiration and help anyone who has, or is, facing bereavement or is still suffering as a consequence.

The Rock of Cashel, also known as Cashel of the Kings and St. Patrick's Rock, Cashel, County Tipperary

At six, Merrie was rejected by her mother, who wanted to join a religious order and couldn’t be burdened with looking after her. Instead, Merrie was raised by nuns and was trained by them in nursing. Having never known the security of being loved, Merrie thought she had found love at last when she met a boy in her teens. But, her world collapsed when instead, she found herself pregnant and alone. Worse still, there was no way she could confess to the nuns…

Sometime later, it meant absolutely nothing to Merrie that the young man who was continually asking her to marry him was the stepson of C. S. Lewis, one of the most famous writers of the twentieth century. She rejected Douglas Gresham’s proposal for three years before eventually agreeing to marriage. But the life of bliss she had hoped for didn’t materialise, mainly because an unpleasant memory of something that had happened in her teens wouldn’t leave, even though decades had now passed. Instead of maturing into a happy person, anger became a dominant emotion in Merrie’s life. She didn’t want life to be like that but didn’t know how to change. But one day, in a very unexpected way, Merrie took the first step towards her road to recovery.

Camera and Production by John Callister

Please note: We’re looking for compelling stories, like Merrie’s, from Ireland, north and south, to feature on a new ‘stories’ section on ScriptureIreland.com. Some may become interviews or documentaries on our new YouTube channel at SCRIPTUREIRELANDTV. Some may have the potential to ultimately be published as booklets or books through our publishing and self-publishing services arm. If you think your story might fit the values of the ScriptureIreland group, then please email a synopsis in the first instance to info@scriptureireland.com

The stepson of C.S. Lewis, and co-producer of the ‘Narnia’ series of feature films, as interviewed in 1998 by the late writer, broadcaster and Bible teacher, Derick Bingham. The setting was Rathvinden House, the then home of Douglas and Merrie Gresham when they lived in County Carlow, Ireland.

Douglas discusses his upbringing and the impact that his mother’s death had on himself and C.S. Lewis. He talks about his ‘wild’ days, drifting from job to job, finding Merrie and securing her hand in marriage in spite of two years of rejection; how he then almost threw away the relationship he had strived so hard for through a regrettable indiscretion, and how that incident led to a permanent change of direction for him.