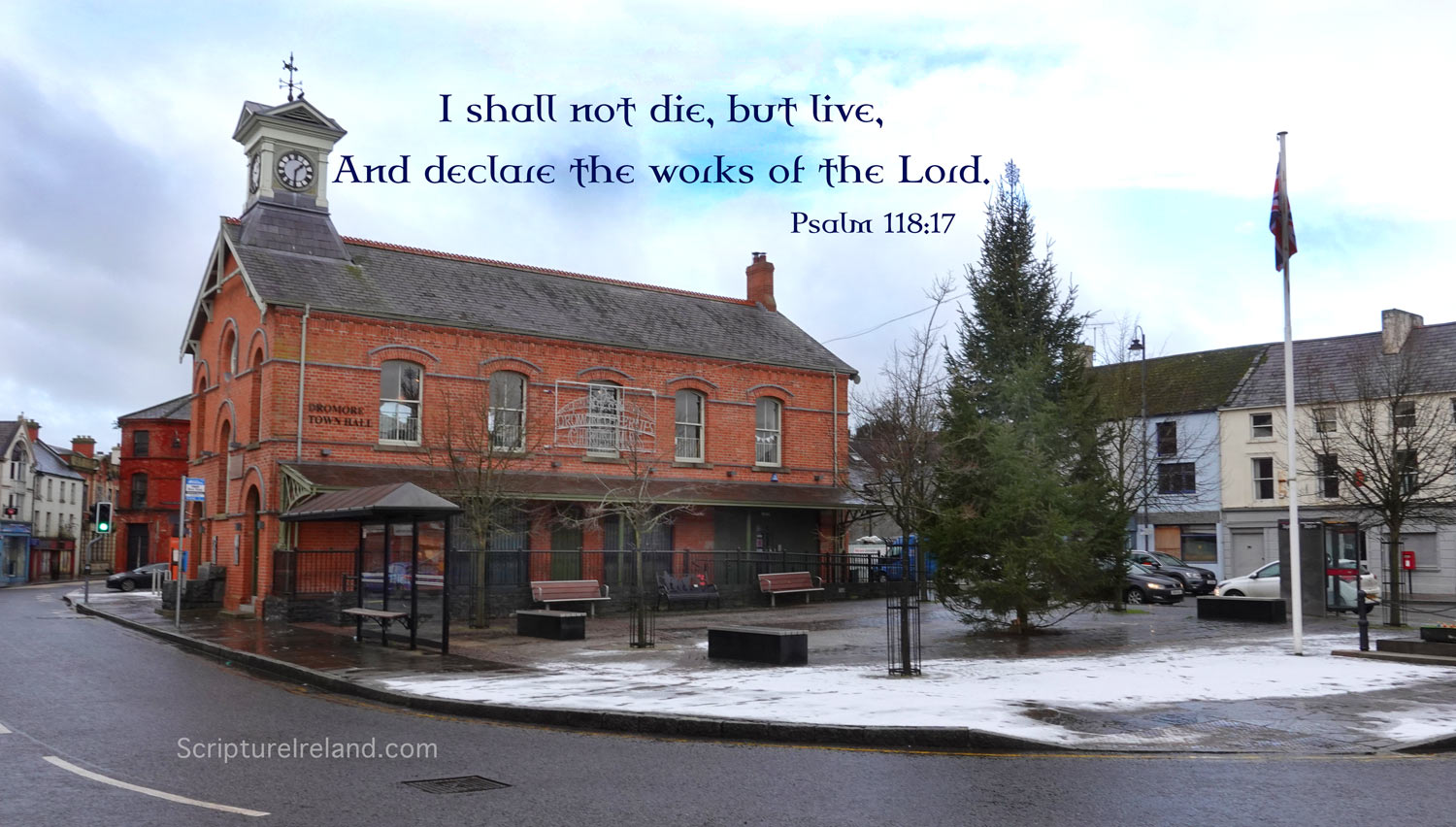 Dromore Village Square, County Down, 7th January, 2021
This was Dromore Village Square today, on a cold and drab Thurs., 7th January 2021. Snow had fallen during the night and a remnant remained on the ground in places. It’s lockdown here; like most places around the world today that are faced with the Covid crisis. The only retail shops that are allowed to open are those that are considered essential; the others are legally obliged to remain closed, causing obvious hardship and uncertainty about the future for many businesses and many people’s livelihoods.
There’s a reminder that Christmas has been here recently – the Christmas tree still stands, even if the lights and some other decorations have been removed. But it’s in contrast to that ‘looking forward to Christmas feeling’ of just a few weeks ago. It’s like the good times are in the past – now what do we have to look forward to? There is the reality that it can be hard to look forward to a better future when so many people seem to be dying, and when economic circumstances also look so bleak. Many are asking the question: can I survive?
In Psalm 118, King David describes a near-death experience when he faced circumstances that could easily have put him under. In verse 11, he says, “They surrounded me like bees.” He continues in verse 13, “You pushed me violently that I might fall.” But the second part of that same verse says, “But the Lord helped me.” David knew that when he had reached the end of his own strength, he could rely on the Lord for His help. And so he faced his dire circumstances with a determination, “I shall not die, but live, and declare the works of the Lord (v17). May we be encouraged by his example and attitude, and face our future with the same determination that, “we will not die, but live, and declare the works of the Lord.”
Praise: Psalm 34:1 Healing: Exodus 15:26