Monasterboice, an early Christian settlement founded by a follower of St Patrick 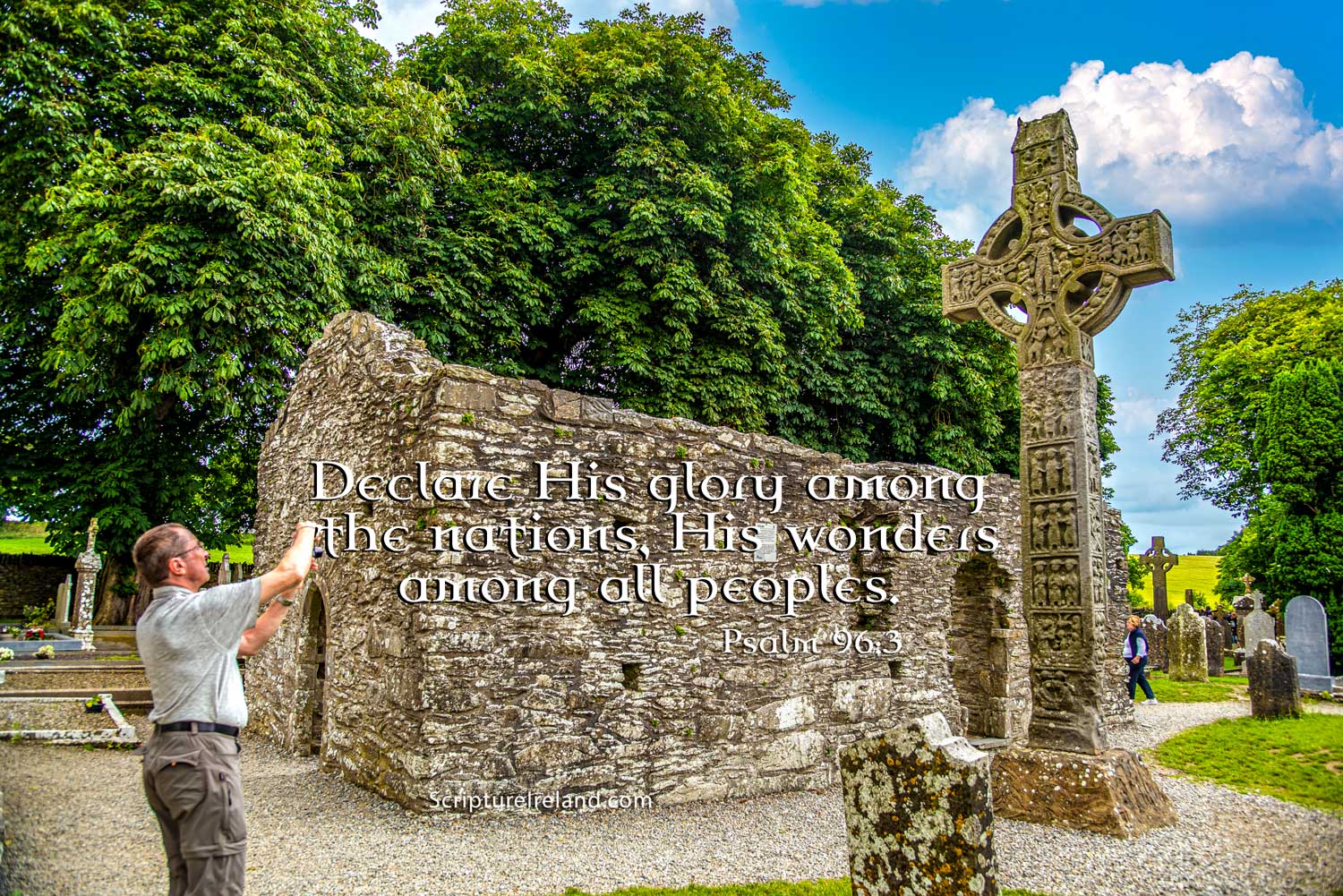 High cross at the remains of an early Christian monastic settlement in County Louth.

Patrick was both a missionary and a mentor. His enthusiasm to spread the message of Jesus Christ was passed on to younger men. This site which is a favourite with tourists, is a monastic settlement located at Monasterboice in County Louth. It was founded in the late 5th century by Saint Buite who was one of St. Patrick’s original followers. The cross, known as the Tall Cross, stands at seven metres or twenty-two feet high, making it the tallest of the Irish crosses. The engravings depict stories from the Old and New Testament that would have been used to educate early Christians.