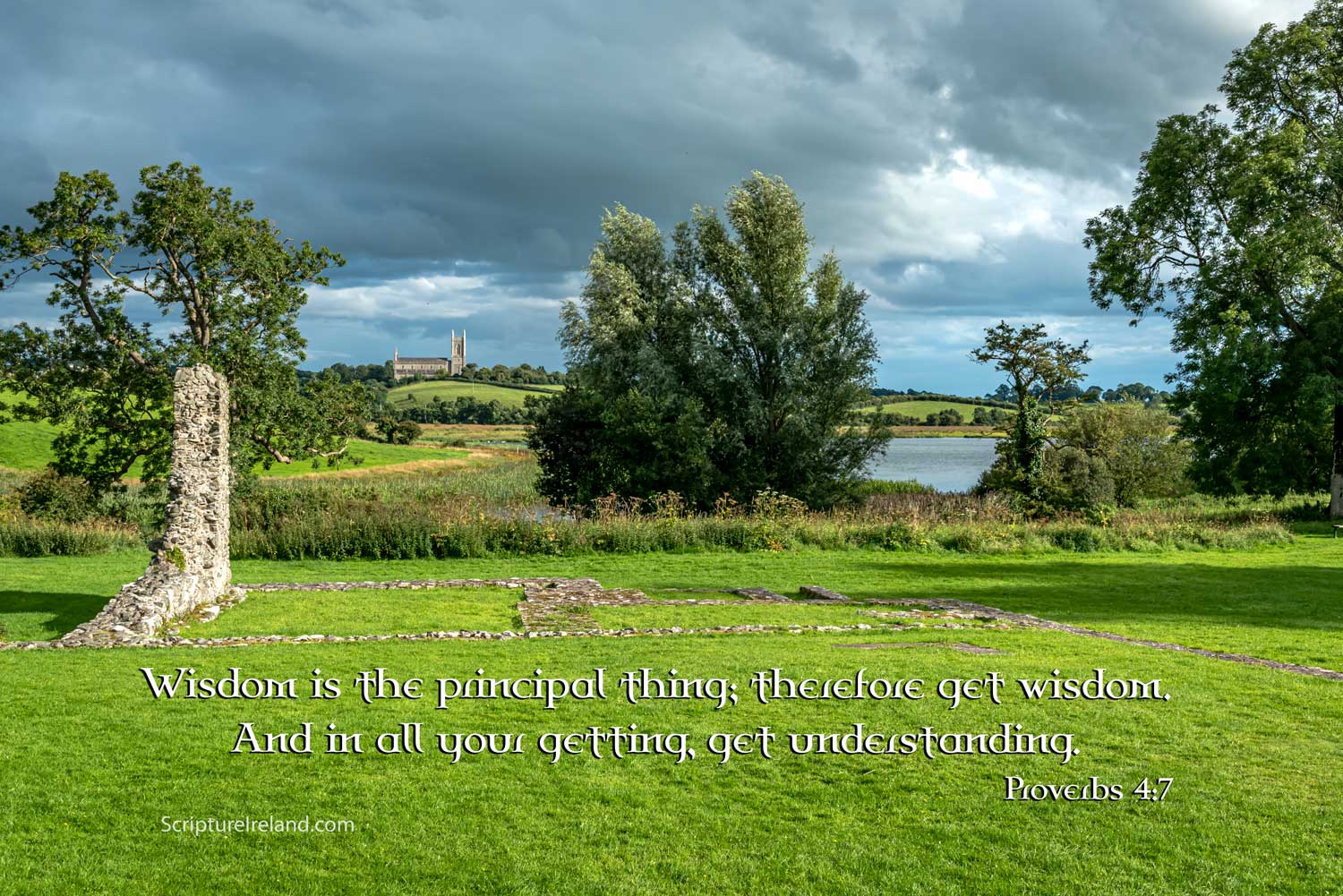 A distant Down Cathedral, St Patrick's resting place, as seen from the grounds of Inch Abbey, Downpatrick, County Down 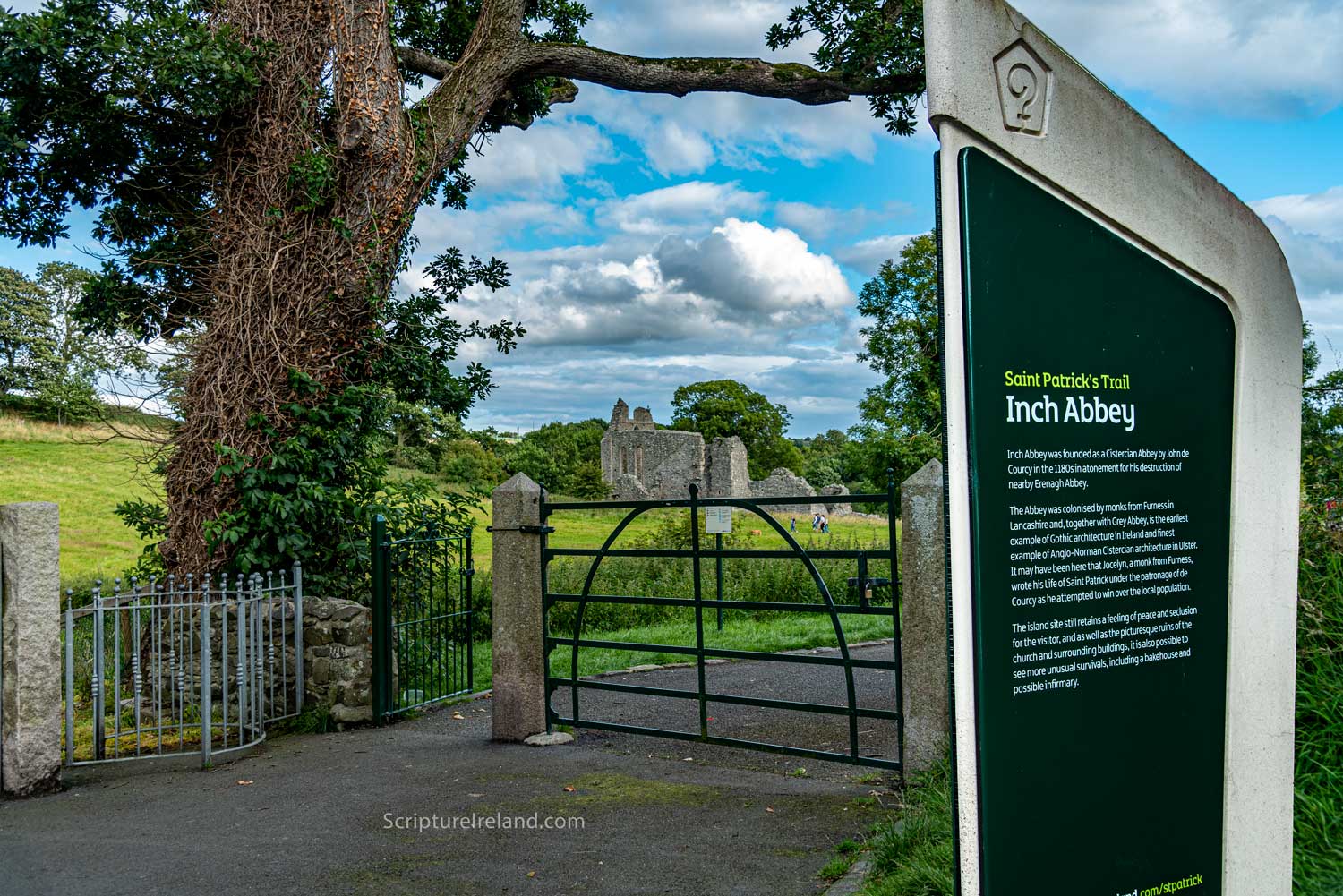 Text on the signage reads:

Inch Abbey was founded as a Cistercian Abbey by John De Courcy in the 1180s in atonement for his destruction of nearby Erenagh Abby
The Abbey was colonised by monks from Furness in Lancashire and, together with Grey Abbey, is the earliest example of Gothic architecture in Ireland and finest example of Anglo-Norman Cistercian architecture in Ulster. It may have been here that Jocelyn, a monk from Furness, wrote his life of Saint Patrick under the patronage of De Courcy as he attempted to win over the local population.
The island site still retains a feeling of peace and seclusion for the visitor, and as well as the picturesque ruins of the church and surrounding buildings, it is also possible to see more unusual survivals, including a bakehouse and possible infirmary.
Inch Abbey 1 Inch Abbey 3